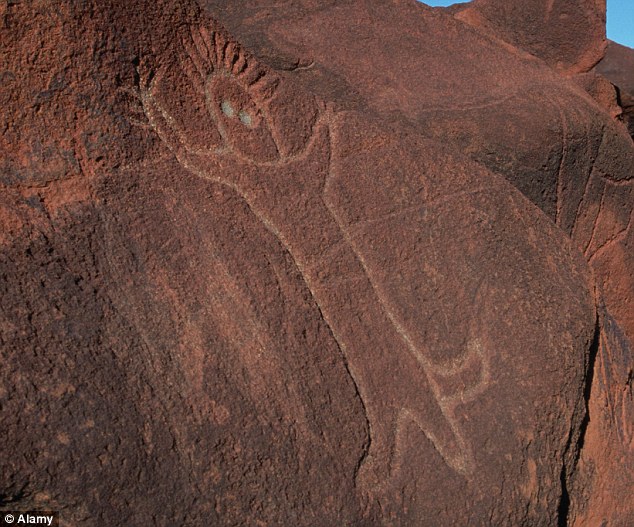 Aboriginal rock art, which researchers last year declared could be up to 60,000 years old, has been vandilised by tourists.

According to a tourist guide, the vandals carved 'go and work for a living' above the ancient carving.

Clinton Walker, the tourist guide who discovered the defaced rock art, is also a member of the Ngarluma people.

Robin Chapple, a Greens politician serving in Western Australia's Legislative Council, was shocked to hear about the fresh vandalism - but not surprised.

He noted that marker pens and spray paint have been used to deface the art in the past.

'It seems to be a hobby or fun for some people to go around literally desecrating what is the world's most important Mona Lisa,' he told the ABC.

In 2012, archaeologist Ken Mulvaney criticised the Western Australian Government for failing to protect the priceless rock art in the Kimberley, the Pilbara and the Northern Territory.

Dr Mulvaney claimed that university research bodies and mining companies were the only people protecting the ancient carvings.

'There is inadequate protection and policing of heritage by the state,' he said.

'They don't even have adequate staff at the moment'.

The region is home to the world's largest collection of rock art, with an estimated two million carvings.

Gaining national heritage listing in 2007, there were hopes it would help conserve the Burrup Peninsula.