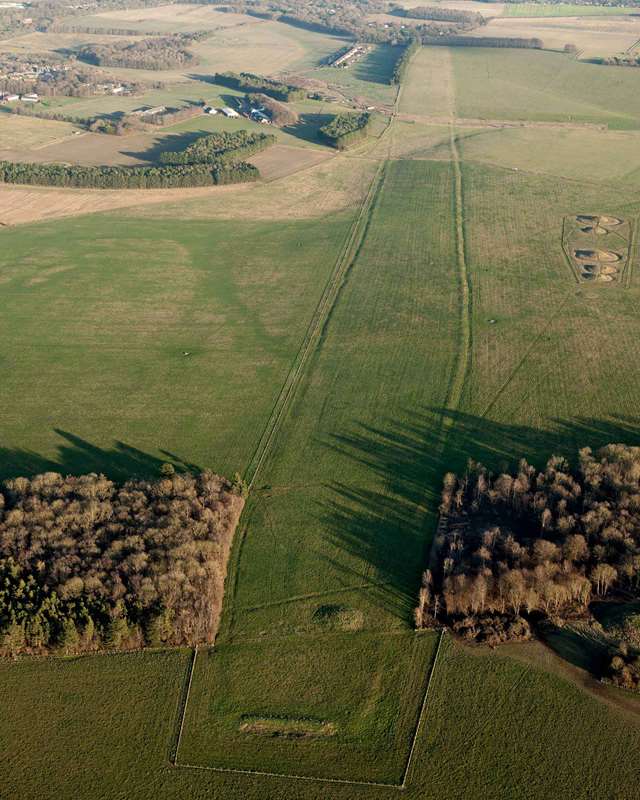 Stonehenge is perhaps the world’s most famous prehistoric monument. It was built in several stages: the first monument was an early henge monument, built about 5,000 years ago, and the unique stone circle was erected in the late Neolithic period about 2500 BC. In the early Bronze Age many burial mounds  were built nearby. Today, along with Avebury, it forms the heart of a World Heritage Site, with a unique concentration of prehistoric monuments.were built nearby.

The earliest structures known in the immediate area are four or five pits, three of which appear to have held large pine ‘totem-pole like’ posts erected in the Mesolithic period, between 8500 and 7000 BC.[1] It is not known how these posts relate to the later monument of Stonehenge.
At this time, when much of the rest of southern England was largely covered by woodland, the chalk downland in the area of Stonehenge may have been an unusually open landscape.[2] It is possible that this is why it became the site of an early Neolithic monument complex.
This complex included the causewayed enclosure at Robin Hood’s Ball, two cursus monuments or rectangular earthworks (the Greater, or Stonehenge, and Lesser Cursus), and several long barrows, all dating from the centuries around 3500 BC. The presence of these monuments probably influenced the later location of Stonehenge.
In about 2500 BC the stones were set up in the centre of the monument. Two types of stone are used at Stonehenge – the larger sarsens and the smaller ‘bluestones’. The sarsens were erected in two concentric arrangements – an inner horseshoe and an outer circle – and the bluestones were set up between them in a double arc.[7]
Probably at the same time that the stones were being set up in the centre of the monument, the sarsens close to the entrance were raised, together with the four Station Stones on the periphery.
About 200 or 300 years later the central bluestones were rearranged to form a circle and inner oval (which was again later altered to form a horseshoe). The earthwork Avenue was also built at this time, connecting Stonehenge with the river Avon.
One of the last prehistoric activities at Stonehenge was the digging around the stone settings of two rings of concentric pits, the so-called Y and Z holes, radiocarbon dated by antlers within them to between 1800 and 1500 BC. They may have been intended for a rearrangement of the stones that was never completed.[8] 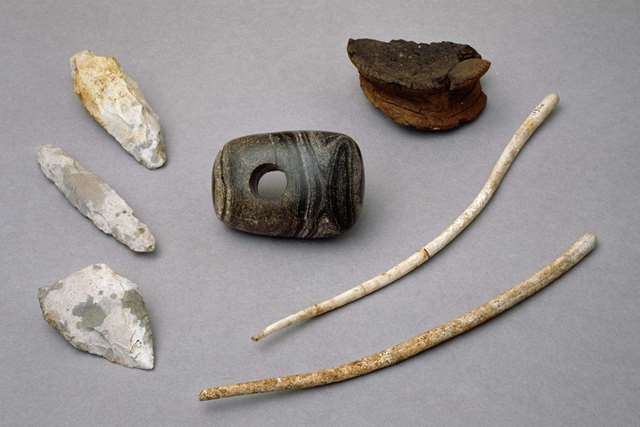 From the middle Bronze Age, less communal effort went into the construction of ceremonial monuments such as Stonehenge and more on activities such as the creation of fields.[11]
In the Iron Age, probably about 700 BC, a major hillfort later known as Vespasian’s Camp was constructed 1¼ miles east of Stonehenge overlooking the river Avon.[12] Stonehenge appears to have been frequently visited in the Roman period (from AD 43), since many Roman objects have been found there.[13] Recent excavations raised the possibility that it was a place of ritual importance to Romano-British people.[14]
The small town of Amesbury is likely to have been established around the 6th century AD at a crossing point over the Avon. A decapitated man, possibly a criminal, was buried at Stonehenge in the Saxon period.[15] From this time on, sheep husbandry dominated the open downland around Stonehenge.[16] The earliest surviving written references to Stonehenge date from the medieval period, and from the 14th century onwards there are increasing references to Stonehenge and drawings and paintings of it.
This was the start of a sequence of campaigns to conserve and restore Stonehenge – the last stones were consolidated in 1964.[19]

The monument remained in private ownership until 1918 when Cecil Chubb, a local man who had purchased Stonehenge from the Atrobus family at an auction three years previously, gave it to the nation.[20] Thereafter, the duty to conserve the monument fell to the state, today a role performed on its behalf by English Heritage.

From 1927, the National Trust began to acquire the land around Stonehenge to preserve it and restore it to grassland. Large areas of the Stonehenge landscape are now in their ownership. More recent improvements to the landscape – including the removal of the old visitor facilities and the closure of the section of the old A344 that ran close to the stones – have begun the process of returning Stonehenge to an open grassland setting, but there is more that can be done. English Heritage welcomes government plans to invest in a tunnel, which would remove much of the busy A303 and help reconnect the monument to its ancient landscape.