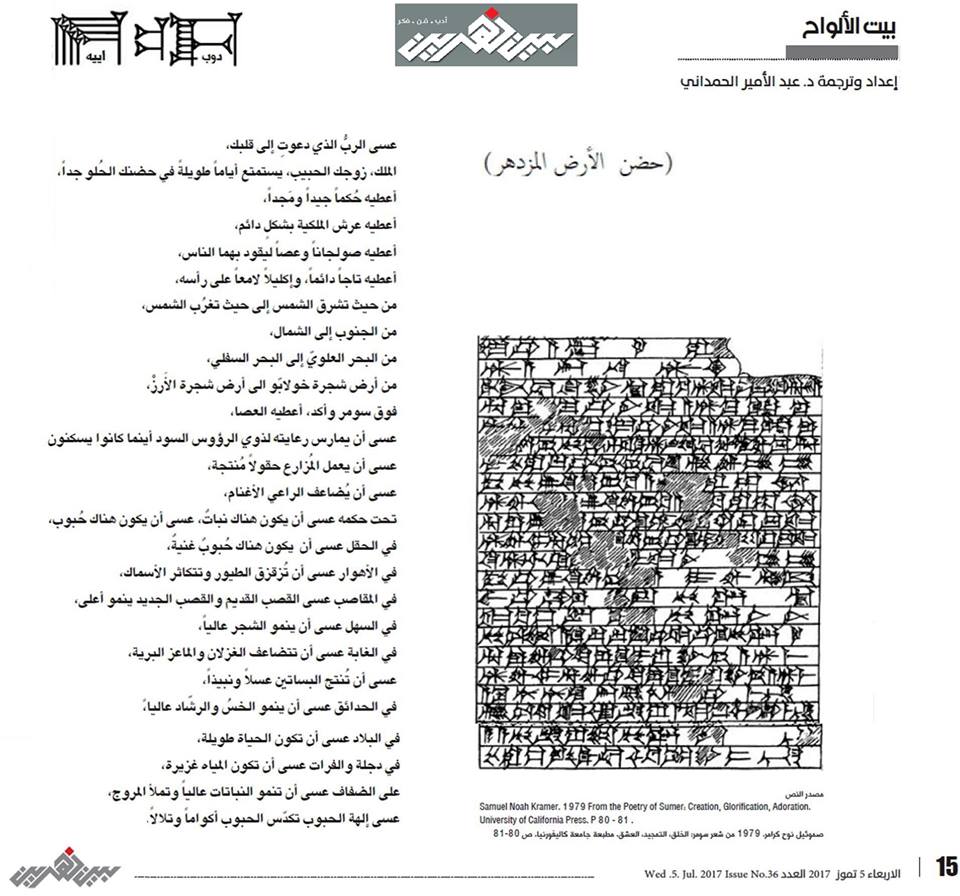 Award for modern study of Sumerian cuneiform by Bram Jagersma

Studying Sumerian grammar in your free time: Bram Jagersma did it. He described centuries-old Sumerian using a modern method he devised himself. For this PhD research he was awarded the De La Court Award for Independent Research by the Royal Netherlands Academy of Arts and Science (KNAW).

When it comes to learning about Sumerian, Leiden is the place to be. It is the only university in the Netherlands that still offers this programme. Jagersma works at the Leiden University Library and considers himself lucky to be doing so. In addition, just around the corner from the Library, at the Leiden University Centre for Linguistics, he can gorge on knowledge of language description in the best Leiden tradition. Jagersma: ‘You can study Sumerian here, which is a unique opportunity. Plus there are dozens of people here who study grammar.’ The power of his dissertation lies in this combination: describing the centuries-old language of Sumerians using the methods of modern linguistics. This is something that had not yet been done.

Take, for instance, the way in which Jagersma presents Sumerian. For each sentence, he separately names all the grammatical elements with their function before he translates the whole sentence. The result of this three-step approach allows other researchers to work on their own analysis of the same Sumerian text. This approach to Sumerian is unique. In Munich, students are now being taught using the ‘Jagersma method’. It is therefore hardly surprising that the subject librarian for linguistics of the University Library is suddenly given centre stage as a researcher. This wasn't what he set out to do, however, and he had ‘no idea’ about the award until he got the call from the KNAW. Nominated by his supervisor, Prof. Kortlandt, he has been awarded the prize due to the strong impact of his work on both research and education in the languages and cultures of Mesopotamia. For this De La Court Prize for independent research he will be awarded a sum of money and a medal in February 2013.

After all that's happened, Jagersma is enjoying his award, but mostly because of the additional attention given to ‘his’ small field of research. Everywhere he sees languages disappearing from Dutch universities. The Leiden lecturer on Sumerian might not even be replaced after he retires. Germany will then have to lead the field in Europe. Overseas America is active, as is Iraq, but the situation there is far from easy. Jagersma: ‘You only have to look at the large-scale looting excavations for the black market. Here and there photographs of clay tablets appear on internet, but all the context has disappeared.’ As a result of the first Gulf War in Iraq (1990), he was never able to be on site at an excavation in the Sumerian language area in South Iraq. But he remains to this day the passionate fifteen-year old who found history begins with the Sumerians in the library, with pictures of clay tablets and statues of strange people, firing his imagination. Jagersma: ‘Our culture goes back, through the Romans and the Greeks, all the way to the Ancient Near East. That is where the roots of our own culture can be found.’