New Explorations in the Heart of Assyria: Cities and Landscapes on the Erbil Plain, Kurdistan Region of Iraq 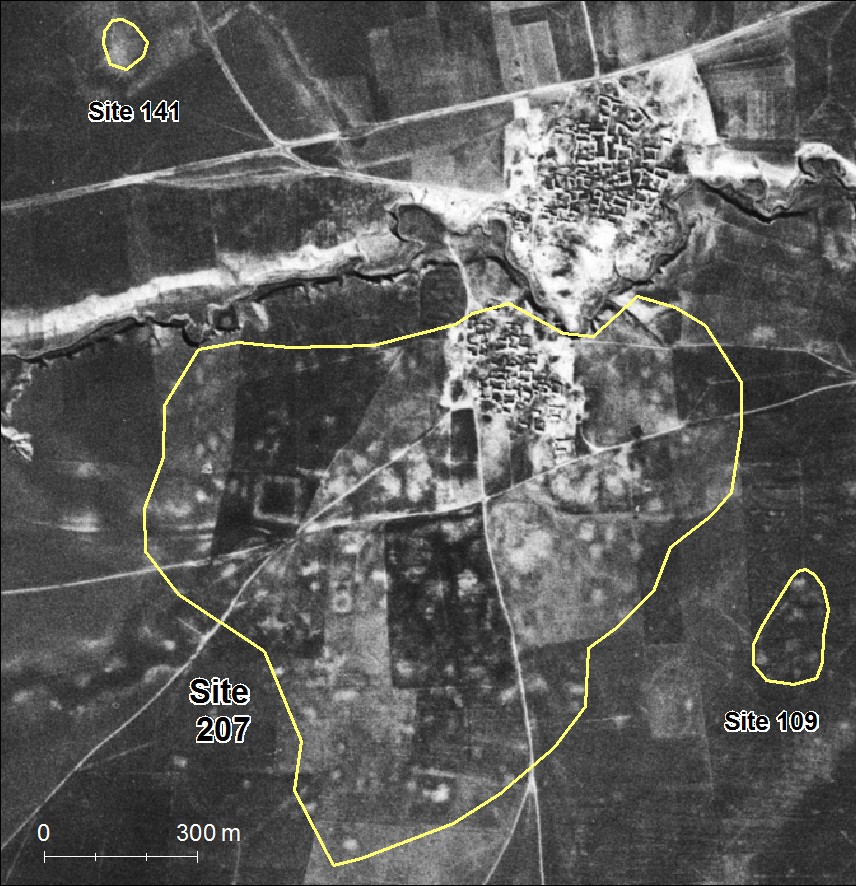 After over 150 years of archaeological exploration, one might think that there are no great discoveries left to make in the Ancient Near East. All lost cities found, no more civilizations unaccounted for. This is not the case. The new stability in the Kurdistan Region of Iraq has encouraged archaeology (and business, and even tourists) to come back to Iraq. In the few years since archaeology resumed in earnest, there have already been surprising and important new discoveries. We should expect to be hearing about many more discoveries in the years ahead. Indeed, with political violence in Syria and sharp bureaucratic restrictions in Turkey, I anticipate a reorientation of research on the Bronze and Iron Age in the Near East.

The Kurdistan Region is emerging as the new center. Unlike the rest of the Republic of Iraq, it has almost completely escaped political violence. As a result, it is developing quickly, and its cities are modern and well run. The Kurdish people are probably the last in the Middle East to maintain a high opinion of the United States; at the Erbil airport, a US passport gets you a fifteen-day entry visa at no charge.

The regional government sees the value in its cultural heritage and funds projects such as the Iraqi Institute for the Conservation of Antiquities and Heritage (IICAH) and the revitalization of the citadel of Erbil. Its antiquities administration is nascent but professional, and quickly rising to the challenge of managing the influx of foreign archaeology. The archaeology faculty and students in its universities are eager to learn from and cooperate with their new foreign colleagues.

The good news for archaeology is that the region is more than just an easy place to work: it is above all an archaeological treasure trove that is nearly unknown. The 20th century was a difficult one for the Kurds, culminating in the genocidal Anfal campaigns against them by the Ba’athist regime in 1988. During this time, the region was explored to a very limited extent by archaeologists, almost entirely Iraqis. It is nearly a blank slate, but one that will be quickly filled in, if the region continues to be stable and welcoming.

In this context I began the Erbil Plain Archaeological Survey (EPAS) in 2012 with colleagues from the US, France, and the Netherlands. The survey is investigating a 3,200 square kilometer region of Erbil Governorate, with the city of Erbil at its center. We chose this region specifically because it is the only part of the core of the Neo-Assyrian empire (ca. 900-600 BC) that is safe and accessible for research. Despite a history of research going back to pioneering 19th century archaeologists like Austen Henry Layard and Paul-Émile Botta, the landscape of the Assyrian heartland has never seen systematic survey using modern methodologies. We hope to test the hypothesis that the entire landscape was carefully planned and executed by its kings and their engineers. More generally, the plain is the southeastern extension of the plains of northern Mesopotamia, which have in the past two decades been revealed to have hosted great cities and civilizations that rival those of southern Iraq in scale, as well as cultural complexity and precociousness.

Our project is a survey, designed to locate and map surface traces of archaeological sites. Our interests are not just the big mounds that tend to get the most attention, but small and even flat sites, and especially the “off-site” features that connect them to their surroundings: roads, tracks, canals, karez, and field systems, to name a few. These features are hard to find on the ground, so we make use of satellite imagery as much as possible. Especially powerful are declassified images fromCORONA, a 1960s and 1970s era American spy satellite, which have been used for archaeological research throughout the Middle East. Sites stand out as distinctive patches of light soils in a dark background. Tracks and canals are dark lines that either radiate from sites or meander around the contours of the terrain. Karez, a distinctive form of subterranean water channel, are visible as lines of white dots, the up-cast from the excavation of vertical maintenance shafts. With CORONA, it is possible to describe a vivid and dense archaeological landscape from my office in Cambridge, before having ever set foot on the ground.

Our two seasons (2012 and 2013) have confirmed this impression of a rich landscape. The plain has roughly one site per square kilometer—five times the known density of southern Iraq, and twice what archaeologists have found on the adjacent plains of northern Mesopotamia.

Many are small agricultural villages, but there are more than a few new cities. Tell Baqrta  rivals the better known Syrian sites of Tell Brak, Hamoukar, and Ebla in scale at the end of the 3rd millennium BC. Kurd Qaburstan, a walled city of about 100 hectares, is likely to be Qabrā, a city famously besieged and conquered by the Assyrian king Shamshi-Adad. In the Middle and Neo-Assyrian periods, Qasr Shemamok (ancient Kilizu) and Erbil were major provincial capitals. All of these places are now under archaeological excavation. Surprising to us was the abundance of large Sasanian (ca. 200-600 BC) sites; thus far the survey has recovered three of them, all large but apparently with low-density settlement.  All of the sites mentioned above are in excess of 50 hectares, and more of similar size are targeted for visits in the future.

The landscape is much more than just high-visibility habitation sites. Many less prominent sites have been located thanks to CORONA imagery that reveals contours and even buried structures. Several massive canals also cross over the plain, especially near the terraces of the Upper Zab River. They are highly visible from space, but many also survive on the ground. Some can be as large as 100 meters wide and nearly 10 meters deep where they cut through watersheds. Unlike sites, canals don’t have a lot of material culture like pot sherds clearly associated with them, so they are difficult to date using conventional survey methods. The Erbil canals are not yet placed firmly in time, but they are closely associated with sites of the Neo-Assyrian period, a time when powerful kings were making large investments in canal infrastructure elsewhere in the imperial core.

The plain is also a major locus of karez irrigation. Literally thousands of shafts, comprising many hundreds of abandoned channels, are visible on CORONA imagery. Today they are nearly extinct in Erbil, but clearly they were a major element of agricultural systems in the past. Their associated sites on the satellite imagery appear mostly to be late, probably Medieval, but many could even be earlier. The landscape of karezirrigation is a major future direction of EPAS.

EPAS will continue to survey the Erbil plain. We are most grateful to Mala Awat, the General Director of Antiquities for the Kurdistan Region, and Nader Babakar, the Director of Antiquities for Erbil Governorate, as well as Najat Abdullah, the Director of Community and Culture at the Washington DC Representation of the Kurdistan Regional Government. Harvard University, the American Schools of Prehistoric Research, the National Science Foundation, the National Geographic Society, and Dumbarton Oaks generously provided major funding in 2012 and 2013.