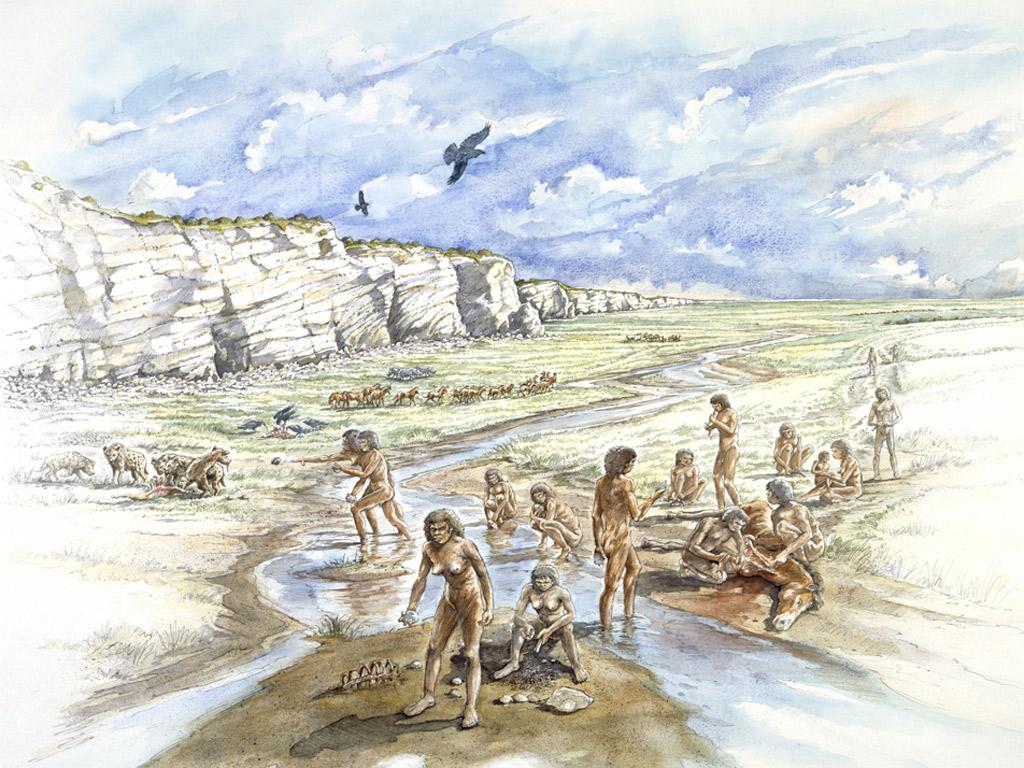 Stone Age Brits were past masters at choosing the perfect ‘des res’, according to new research carried out by archaeologists.

Their investigations have revealed that, 300,000 years before the emergence of anatomically modern humans, prehistoric Britons were selecting their domestic real estate with tremendous care.

Nutritional and security considerations appear to have been the main criteria, according to the new research carried out by scholars at the University of Southampton and Queen's University, Belfast.

A survey of 25 major British and north-west French sites dating from 500,000 to 200,000 years ago has revealed that early humans – members of the now long-extinct species Homo heidelbergensis – predominantly chose to live on islands in the flood plains of major rivers. They avoided  forests and hills – and the upper and middle reaches of river systems,  and their estuaries.

It is the first ever detailed interdisciplinary investigation  into early humanity’s home location preferences. The degree to which they preferred to  choose just one specific type of location has surprised the archaeologists.

“What has amazed us is the degree to which they appear to have deliberately and consistently sought out the same type of ideal location for establishing their major camps.”, said the research project’s co-director,  archaeologist and geographer Professor Tony  Brown  of the University of Southampton.

The reasons for choosing flood plain areas and avoiding other locations were complex – but help to explain why Homo heidelbergensis was so successful for so long.

The flood plain allowed them to develop a virtually perfect ‘Palaeolithic diet’ in which protein consumption was balanced by carbohydrate and fat intake. This was because, more than any other ecological zone, river flood plains produced unusually rich grass which attracted larger numbers of big herbivores  (especially wild horses). It also attracted substantial numbers of other animals – including deer, rhino and beavers, as well as large flocks of water birds. What’s more, the flood plain generated vast numbers of water plants with nutritional edible roots.

Horse and other animals yielded fat and protein. Bone marrow in particular was rich in fat, while  water bird eggs were high in protein. Reed and bull rush roots were rich in carbohydrates – and leafy vegetables and  water cress, particularly common on flood plains, would have helped provide folic acid, crucial for healthy child-bearing. 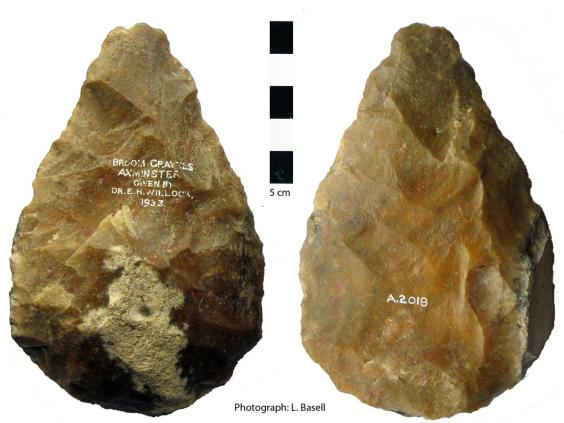 Flood plains also provided raw material for making tools and lighting fires. River gravels were rich in flint nodules which could be transformed into axes, cutting tools and scrapers. Reeds themselves may have been useful  for making things, although no evidence of their use at this period has yet been found. Beaver dams, extremely common on flood plains, were almost certainly a key source of wood – from trees already conveniently cut down by the animals themselves. What’s more, the use of beaver pelts (warmer than most other animal skins)  as  garments would have certainly enabled the human population to survive low winter night-time temperatures.

Flood plains, with their shallow running water and plentiful game, were  also the ideal places to catch eels (particularly rich in protein and fat), potentially by using horses’ heads as bait -  the  subject of ongoing archaeological research by Professor Brown. Hungry eels like burrowing into the brains of large dead herbivores – and by depositing a horse’s head in a shallow channel and then retrieving it a few days later, these prehistoric Brits would have been able to  easily catch up to a half dozen eels, said Professor Brown.  Horse, beaver, rhinoceros, deer and eel bones as well as beaver-felled timber and evidence of fire-use have been found on Homo heidelbergensis occupation sites.

Although flood plains were economically attractive to early humans, they were also very dangerous because, just as the zone’s rich fat and protein resources attracted humans, they also attracted big cats like lion and hyaena.

To avoid these predators, Homo heidelbergensis only favoured particular parts of flood plains – namely the islands formed by a river’s intersecting channels. Big cats do not like water, let alone swimming, so flood plain islands became the ‘des res’ homes of choice for these early Brits.

The nutritional resources around their tiny island refuges would have allowed them to achieve very well balanced diets – and extremely good levels of health, say medical researchers.

“Looking at the nutritional resources available to these populations, we think that they would not have suffered from much heart disease, cancer or most viral diseases”, said Professor Brown.

“We think that most of them would probably have ultimately died as a result of hunting accidents, extreme weather conditions and consequent food shortages, and as a result of predation by big cats or by other humans,” said the project’s lead archaeologist Dr. Laura Basell of Queen’s University, Belfast.

During the 300,000 year period of Homo heidelbergensis’ dominance in Europe, they had to retreat south on many occasions when glacial or other particularly cold periods set in. In total, they therefore probably lived in Britain and north-west France for only  10-15% of that period, at maximum. In aggregate, in that area over those millennia, there were probably only a few hundred or at most a few thousand individuals at any one time – and skeletal scraps of less than ten of them have ever been found there. Only 25 major occupation sites are known in the area. Yet, despite their tiny numbers they succeeded in surviving for at least 3000 centuries and probably contributed, via Neanderthal Man to our modern human gene pool.

The research, partly funded by English Heritage, was  published last night, Tuesday, by the open access online academic publisher PLOS ONE. Prehistoric artefacts from several of the key sites covered by the research project will feature in a major Natural History Museum exhibition - Britain: One Million Years of the Human Story - due to open on 13 February.