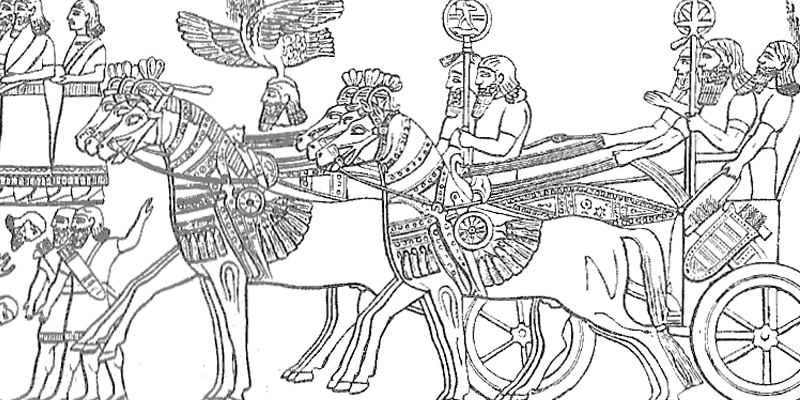 archaeological, historical, and palaeoclimatic evidence suggests that climatic factors and population growth might have contributed to the decline of the Assyrian Empire along with civil wars and political unrest.

This is the claim of Adam Schneider of the University of California-San Diego in the US, and Selim Adali of the Research Centre for Anatolian Civilisations in Turkey, in a report published in the journal Climatic Change.

In the 9th century BC, the Assyrian Empire of northern Iraq relentlessly started to expand into most of the ancient Near East. It reached its height in the early 7th century BC, becoming the largest of its kind in the Near East up to that time. The Assyrian Empire’s subsequent quick decline by the end of the 7th century has puzzled scholars ever since. Most ascribe it to civil wars, political unrest, and the destruction of the Assyrian capital, Nineveh, by a coalition of Babylonian and Median forces in 612 BC. Nevertheless, it has remained a mystery why the Assyrian state, the military superpower of the age, succumbed so suddenly and so quickly.

Schneider and Adali argue that factors such as population growth and droughts also contributed to the Assyrian downfall. Recently published palaeoclimate data show that conditions in the Near East became more arid during the latter half of the 7th century BC. During this time, the region also experienced significant population growth when people from conquered lands were forcibly resettled there. The authors contend that this substantially reduced the state’s ability to withstand a severe drought such as the one that hit the Near East in 657 BC. They also note that within five years of this drought, the political and economic stability of the Assyrian state had eroded, resulting in a series of civil wars that fatally weakened it.

“What we are proposing is that these demographic and climatic factors played an indirect but significant role in the demise of the Assyrian Empire,” says Schneider.