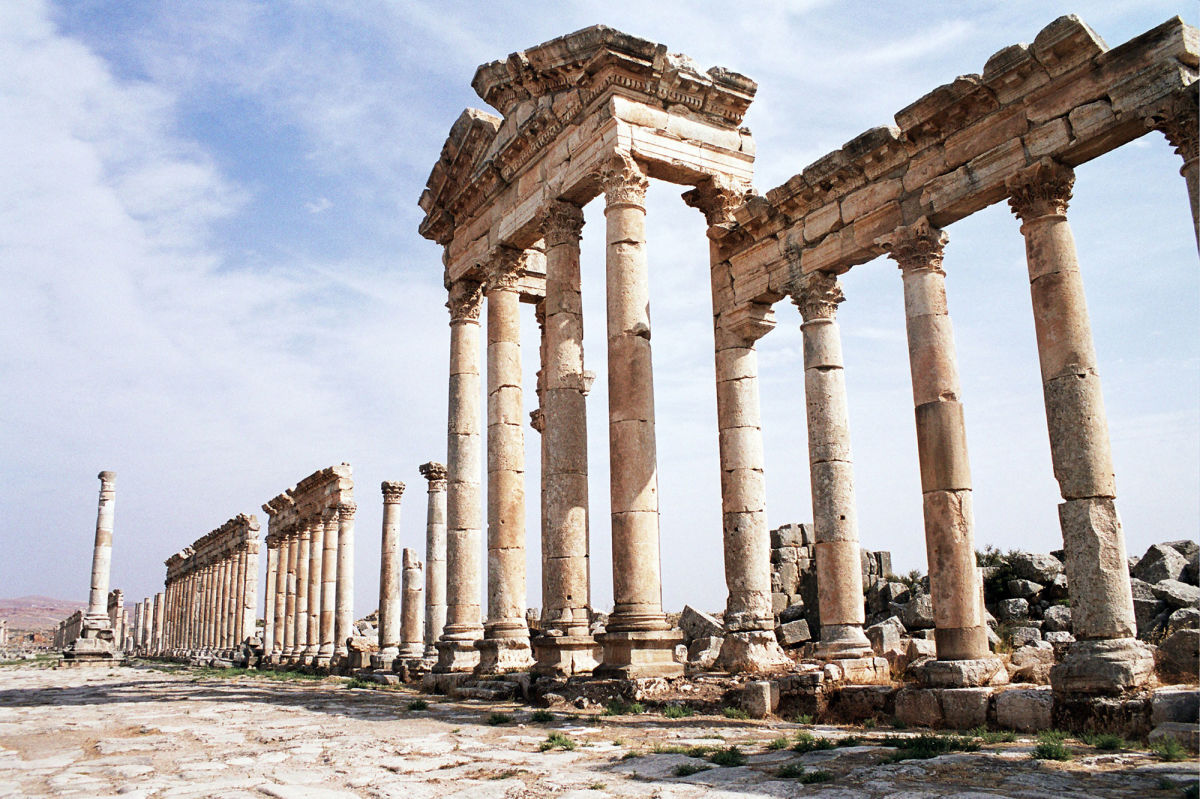 For the past eighteen months, the University of Pennsylvania archaeologist Katharyn Hanson has been spending a lot of time analyzing satellite images from Iraq and Syria. As fighters from the Islamic State in Iraq and al-Sham (isis) overrun the region, they have been digging up many archaeological sites and looting whatever they find. “You get these sites that look like Swiss cheese, with all the holes,” Hanson said. “It’s just pockmarked.”

Thousands of vital archaeological sites—remains from Bronze and Iron Age settlements as well as from Islamic, Greek, Roman, and Byzantine civilizations—are now at risk. Humans built the first cities in the region, and some spots have been continuously occupied for more than six thousand years. “It’s a cliché, but it’s true. This is the cradle of civilization,” the director of research at the Penn Cultural Heritage Center, at the University of Pennsylvania Museum, Brian Daniels, told me.

Daniels and others say that isis, which controls large parts of both countries, appears to be doing much—although not all—of the digging. Hanson points to three Syrian sites, Apamea, Dura-Europos, and Raqqa, as places that have been particularly hard hit. Archaeological looting is common throughout the world, from Native American sites in the Southwest to jungle palaces in Cambodia, but the pillage in Iraq and Syria is singular in its invasiveness. “They just break the places open,” the Syrian archaeologist Amr Al-Azm, a professor at Shawnee State University, in Ohio, who lived and worked in Syria for many years, told me.

In Iraq, looting has been a serious problem for parts of the past decade. During a particularly violent period roughly between 2003 and 2006, organized looters took advantage of the chaos to pilfer many sites, especially ones in southern Iraq. But, according to Hanson, who is cataloguing the looting in both countries, most of the earlier activity was hand-digging rather than the bulldozing she’s seen from isis.

In much of Iraq and Syria, gathering information about these enterprises is difficult and dangerous. As with other lucrative illegal enterprises, those involved don’t take interference lightly. Daniels, Al-Azm, and Hanson get information through a network of sources, many of them current or former archaeology graduate students and museum workers.

isis has gotten attention for destroying some well-known sites because they glorify beliefs or cultures that fall outside the group’s narrow interpretation of Sunni Islam. The insurgents have, for instance, smashed Assyrian statues in Syria and bulldozed Sufi and Shiite shrines in both Iraq and Syria.

But Al-Azm and others say that, for the most part, the archaeological devastation is not about ideology, but income. His sources tell him that the organization often brings in contractors who use bulldozers to dig up sites as efficiently as possible. According to Daniels, much of the work in Syria is being done by Iraqi groups who have experience digging up sites in their own country. He suspects that archaeologists may be involved; judging from the photos, the excavations, as destructive as they are, have a professional, organized quality.

isis is not the only group involved in this grab. Daniels has seen items from sites controlled by the Assad regime for sale on the black market in Turkey. And he said that many tribal emirs, who are often given local authority by isis, also take part in looting. “I think everybody’s got their fingers in this thing,” he said. (Not quite everybody: Daniels told me that he knows of one emir who has banned looting in his district because he believes that it is un-Islamic.)

Once the artifacts are out of the ground, they’re sold by second-hand dealers. Daniels said that many of the looted items, which include gold and silver coins, mosaics, figurines, jewelry, cylinder seals, and tablets, end up for sale in towns near the Turkish-Syrian border.

Because the market is largely hidden, it’s not clear how much isis and other groups are making. Over all, the market for Near East antiquities is very hot. The high end is astronomical: in 2007, a five-thousand-year-old Mesopotamian lion sculpture, three inches tall and made from limestone, was auctioned in New York for fifty-seven million dollars. Obviously, most pieces are worth much less than that, but finding a dozen or two cylinder seals—a relatively common find that can sell for a few hundred to a few thousand dollars each, depending on condition and craftsmanship—can make a few weeks of digging quite profitable.

Daniels said that it appears that isis has ramped up its looting over the past few weeks: in areas that aren’t being targeted by air strikes, the group has started more excavations and are taking more control over the work, and the profits. Daniels admits that right now, there’s not much that he, or his allies in Iraq and Syria, can do to stop the looting.

He tries to take a long-term perspective. Eventually, he said, the region will become more stable. At that point, the evidence that he and others collect could help in recovering stolen artifacts and bringing looters to some kind of justice. “All of us feel like this is overwhelming,” he said. “We’re doing what we can. Even if it’s small, people know that someone cares about this and is keeping track of what happens.”