Did Vicans Invent Writing Before The Sumerians And Egyptians? Cryptographer Translates Tărtăria Tabets 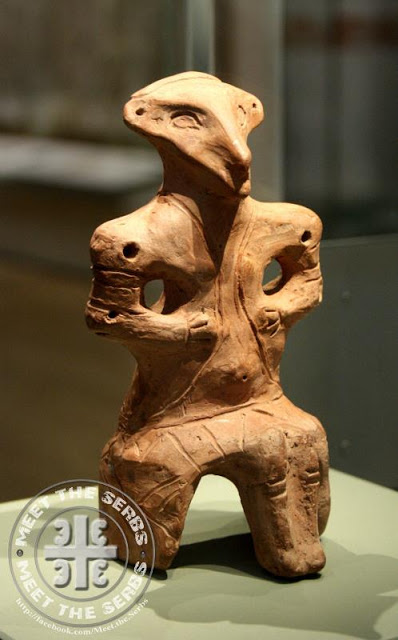 The writing found in 1961 on the “Tărtăria tablets” is the first writing in the world, which we know of (5300 BC). Unfortunately, the signs have remained indecipherable until this day.

The Tărtăria tablets are three tablets, discovered in 1961 by archaeologist Nicolae Vlassa at a Neolithic site in the village of Tărtăria (about 30 km (19 mi) from Alba Iulia), in Romania. The tablets, dated to around 5300 BC, bear incised symbols – the Vinča symbols – and have been the subject of considerable controversy among archaeologists, some of whom claim that the symbols represent the earliest known form of writing in the world.

In 1961, members of a team led by Nicolae Vlassa, an archaeologist at the National Museum of Transylvanian History, Cluj-Napoca in charge of the site excavations, unearthed three inscribed but unbaked clay tablets, together with 26 clay and stone figurines and a shell bracelet, accompanied by the burnt, broken, and disarticulated bones of an adult male.

Two of the tablets are rectangular and the third is round. They are all small, the round one being only 6 cm (2½ in) across, and two — one round and one rectangular — have holes drilled through them.

All three have symbols inscribed only on .one face. The unpierced rectangular tablet depicts a horned animal, an unclear figure, and a vegetal motif, a branch or tree. The others have a variety of mainly abstract symbols. The purpose of the burial is unclear, but it has been suggested that the body was, if not that of a shaman or spirit-medium, that of a local most respected wise person

Workers at the conservation department of the Cluj museum baked the originally unbaked clay tablets to preserve them. This made direct dating of the tablets themselves through carbon 14 method impossible.

The tablets are generally believed to have belonged to the Vinča-Turdaș culture, which at the time was believed by Serbian and Romanian archaeologists to have originated around 2700 BC. 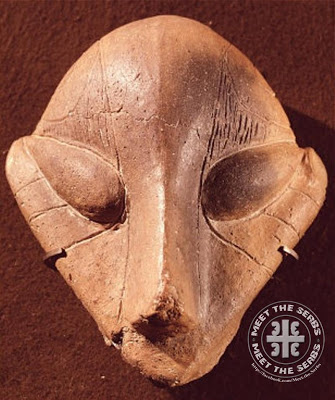 Vlassa interpreted the Tărtăria tablets as a hunting scene and the other two with signs as a kind of primitive writing similar to the early pictograms of the Sumerians. The discovery caused great interest in the archaeological world as it predated the first Minoan writing, the oldest known writing in Europe.

Neolithic clay amulet (retouched), part of theTărtăria tablets set, dated to 5500-5300 BC and associated with the Turdaş-Vinča culture. The Vinča symbols on it predate the proto-Sumerianpictographic script. Discovered in 1961 atTărtăria by the archaeologist Nicolae Vlassa.

The Vinča culture is a Neolithic archaeological culture in Southeastern Europe, dated to the period 5500–4500 BCE. Named for its type site, Vinča-Belo Brdo, a large tell settlement discovered by Serbian archaeologist Miloje Vasić in 1908, it represents the material remains of a prehistoric society mainly distinguished by its settlement pattern and ritual behavior  Farming technology first introduced to the region during the First Temperate Neolithic was developed further by the Vinča culture, fueling a population boom and producing some of the largest settlements in prehistoric Europe.

These settlements maintained a high degree of cultural uniformity through the long-distance exchange of ritual items, but were probably not politically unified. Various styles of zoomorphic and anthropomorphic figurines are hallmarks of the culture, as are the Vinča symbols, which some conjecture to be an early form of proto-writing. Though not conventionally considered part of the Chalcolithic or “Copper Age”, the Vinča culture provides the earliest known example of copper metallurgy.

However, subsequent radiocarbon dating on the Tărtăria finds pushed the date of the tablets (and therefore of the whole Vinča culture) much further back, to as long ago as 5500 BC, the time of the early Eridu phase of the Sumerian civilization in Mesopotamia.  Still, this is disputed in the light of apparently contradictory stratigraphic evidence.

If the symbols are indeed a form of writing, then writing in the Danubian culture would far predate the earliest Sumerian cuneiform script or Egyptian hieroglyphs. They would thus be the world’s earliest known form of writing. This claim remains controversial. 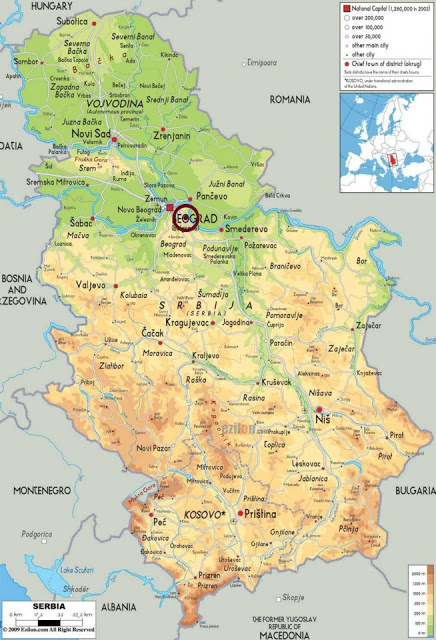 The meaning (if any) of the symbols is unknown, and their nature has been the subject of much debate. Scholars who conclude that the inscribed symbols are writing base their assessment on a few conclusions, which are not universally endorsed.

First, the existence of similar signs on other artifacts of the Danube civilization suggest that there was an inventory of standard shapes of which scribes made use. Second, the symbols make a high degree of standardization and a rectilinear shape comparable to archaic writing systems manifest. Third, that the information communicated by each character was a specific one with an unequivocal meaning.

Finally, that the inscriptions are sequenced in rows, whether horizontal, vertical or circular. If they do comprise a script, it is not known what kind of writing system they represent. Some archaeologists who support the idea that they do represent writing, notably Marija Gimbutas, have proposed that they are fragments of a system dubbed the Old European Script.

Marija Gimbutas by Kerbstone 52, at the back of Newgrange, Co. Meath,Ireland, in September 1989.

Others consider the pictograms to be accompanied by random scribbles. Some have suggested that the symbols may have been used as marks of ownership or as the focus of religious rituals. An alternative suggestion is that they may have been merely uncomprehending imitations of more advanced cultures, although this explanation is made rather unlikely by the great antiquity of the tablets—there were no literate cultures at the time from which the symbols could have been adopted.

Colin Renfrew argues that the apparent similarities with Sumerian symbols are deceptive: “To me, the comparison made between the signs on the Tărtăria tablets and those of proto-literate Sumeria carry very little weight. They are all simple pictographs, and a sign for a goat in one culture is bound to look much like the sign for a goat in another. To call these Balkan signs ‘writing’ is perhaps to imply that they had an independent significance of their own communicable to another person without oral contact. This I doubt.”

Another problem is that there are no independent indications of literacy existing in the Balkans at this period. Sarunas Milisauskas comments that “it is extremely difficult to demonstrate archaeologically whether a corpus of symbols constitutes a writing system” and notes that the first known writing systems were all developed by early states to facilitate record-keeping in complex organised societies in the Middle East and Mediterranean. There is no evidence of organised states in the European Neolithic, so it is likely that they would not have needed the administrative systems facilitated by writing. David Anthony notes that Chinese characters were first used for ritual and commemorative purposes associated with the ‘sacred power’ of kings; it is possible that a similar usage accounts for the Tărtăria symbols.

The Gradeshnitsa tablets (Bulgarian: Плочката от Градешница) are, along with the Tărtăria tablets, an important testimony of late neolithic proto-writing known as the Vinča signs. They were unearthed in 1969 in north-western Bulgaria (Gradeshnitsa village, Vratsa Province).

The tablets are dated to the 5th millennium BC and are currently preserved in the Vratsa Archeological Museum of Bulgaria.  In 2006, these tablets were the subject of attention in Bulgarian media due to claims made by Stephen Guide, a Bulgarian-American of the Institute of Transcendent Analysis, Long Beach, California, who claimed he had deciphered the tablets.

The primary advocate of the idea that the markings represent writing, and the person who coined the name “Old European Script”, was Marija Gimbutas (1921–1994) an important 20th century archaeologist and advocate of the notion that the Kurgan culture of Central Asia was an early culture of Proto-Indo-Europeans. She reconstructed a hypothetical pre-Indo-European “Old European civilization”, which she defines as having occupied the area between the Dniester valley and the Sicily-Crete line. Gimbutas observed that neolithic European iconography was predominantly female—a trend also visible in the inscribed figurines of the Vinča culture—and concluded the existence of a “matristic” (woman-centered, but not necessarily matriarchal) culture that worshipped a range of goddesses and gods. (Gimbutas did not posit a single universal Great Goddess.)

She also incorporated the Vinča markings into her model of Old Europe, suggesting that they might either be the writing system for an Old European language, or, more probably, a kind of “pre-writing” symbolic system. However, Vinča logographics themselves have not been found on an area wider than southeastern Hungary, western Romania, and western Bulgaria, as described by Winn.

The area where the Vican culture grew up has been inhabited for more than 40,000 years.

In 2002 in the “Cave With Bones” in present day Romania 40,000 year old modern human remains were discovered. In 2011 older modern human remains were identified in the UK (Kents Cavern at 41,000 BP) and Italy (Grotta del Cavallo at 43,000 BP), nonetheless the Romanian fossils are still among the oldest remains of Homo sapiens in Europe, so they may be representative of the first such people to have entered the continent. The remains are especially interesting because they present a mixture of archaic, early modern human and Neanderthal morphological features.

One of the fossils found—a male, adult jawbone—has been dated to be between 34,000 and 36,000 years old, which would make it one of the oldest fossils found to date of modern humans in Europe. A skull found in Peștera cu Oase (The Cave with Bones) in 2004-5 bears features of both modern humans and Neanderthals. According to a paper by Erik Trinkaus and others, published in the Proceedings of the National Academy of Sciences in January 2007, this finding suggests that the two groups interbred thousands of years ago.