Iraqi Museum Discovers Missing Lines From the Epic of Gilgamesh 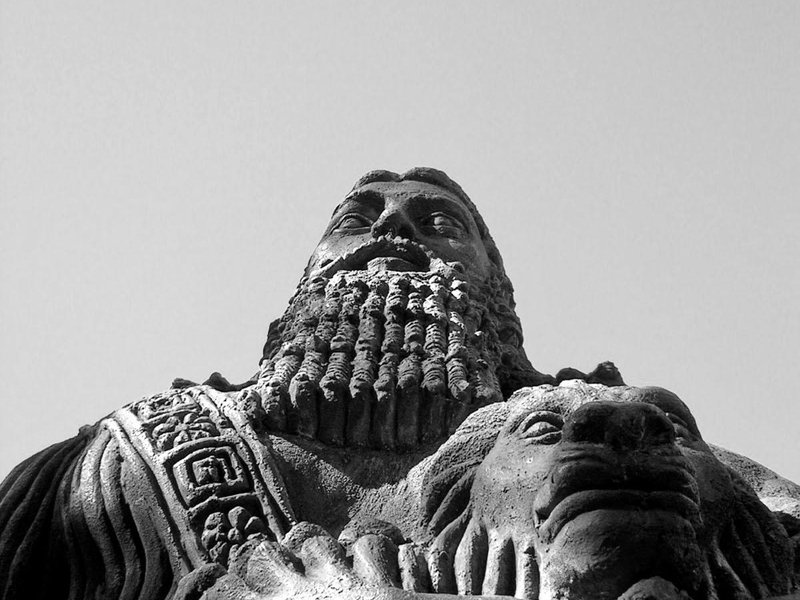 By Marissa Fessenden
The Epic of Gilgamesh, which dates back to 18th century B.C., was pieced together from fragments that tell the story of a Sumerian king who travels with a wild companion named Enkidu. As Mills explains, scholars were well aware that new fragments of the poem could possibly turn up — modern readers are most familiar with a version discovered in Nineveh in 1853 — and during the war in Iraq, as looters pillaged ancient sites, they finally did. The Sulaymaniah Museum acquired the tablet in 2011, as part of a collection purchased from a smuggler, according to Osama S.M. Amin at Ancient History Et Cetera:
The collection was composed of 80-90 tablets of different shapes, contents and sizes. All of the tablets were, to some degree, still covered with mud. Some were completely intact, while others were fragmented. The precise location of their excavation is unknown, but it is likely that they were illegally unearthed from, what is known today as, the southern part of the Babel (Babylon) or Governorate, Iraq (Mesopotamia).

The tablet is three fragments joined together, dating back nearly 3,000 years to the Neo-Babylonian period. An analysis by the University of London's Farouk Al-Rawi’s reveals more details from the poem's fifth chapter, according to Amin. The new lines include descriptions of a journey into the "Cedar Forest," where Gilgamesh and Enkidu encounter monkeys, birds and insects, then kill a forest demigod named Humbaba. In a paper for the American Schools of Oriental Research, Al-Rawi describes the significance of these details:

The previously available text made it clear that [Gilgamesh] and Enkidu knew, even before they killed Humbaba, that what they were doing would anger the cosmic forces that governed the world, chiefly the god Enlil. Their reaction after the event is now tinged with a hint of guilty conscience, when Enkidu remarks ruefully that … "we have reduced the forest [to] a wasteland."