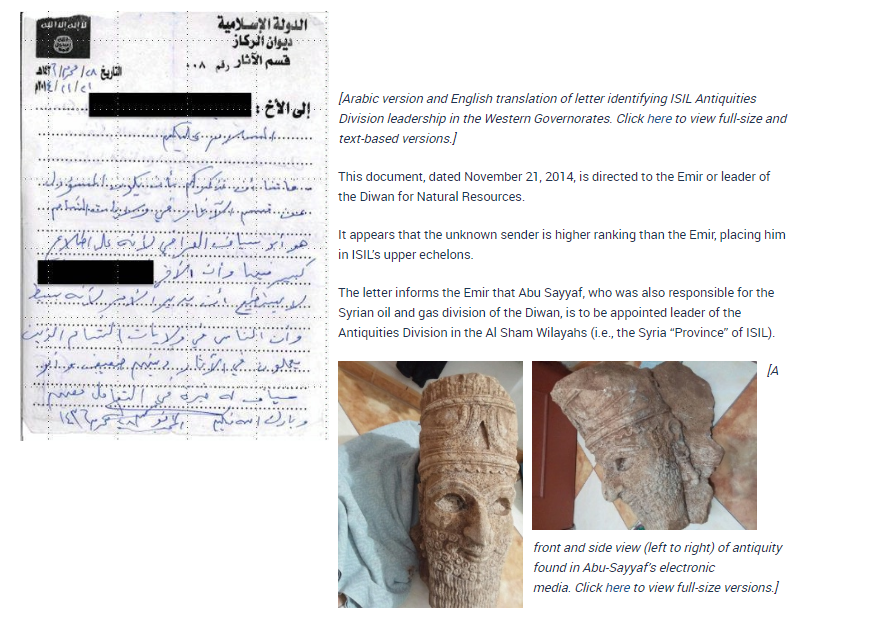 To understand how they fit into ISIL’s finances, you need to understand two general points about its overall financial picture.

First, ISIL has amassed wealth at an unprecedented pace for a terrorist organization.

Second, unlike many other terrorist groups, it does not rely on donors to raise funds.

Rather, it derives most of its revenue from its control of territory: oil sales, extortion/taxation, and plundering of natural resources under its control.

Antiquities are just another resource it can exploit.

As many as 5,000 archeological sites are located in territory that ISIL controls

ISIL has encouraged the looting of archeological sites for two purposes: making money and erasing the cultural heritage of Iraq and Syria.

So how much does ISIL make from antiquities?

The U.S. government assesses that ISIL has probably earned several million dollars from antiquities sales since mid-2014, but the precise amount is unknown.

Perhaps because we are not able to put a specific dollar amount on this activity some observers have resisted the idea that ISIL is involved in and profits from trafficking in antiquities.

I am here to tell you: there can no longer be any doubt.

On May 16th of this year, U.S. Special Forces raided the Syrian compound of Abu Sayyaf, the head of ISIL’s oil and gas, and antiquities division.

Documents obtained in this raid demonstrate that ISIL is well-organized to traffic in looted antiquities, that it devotes considerable administrative and logistical resources to this activity, and, most importantly, that it profits from this activity.

The original was written on the letterhead of the Diwan – or chief administrative office – for Natural Resources and shows that the ISIL’s Antiquities Division is housed within this Diwan.

The bottom row on the chart shows that the Antiquities Division has units dedicated to research of known sites, exploration of new sites, and marketing of antiquiti

Based on materials seized during the raid, there is little doubt that the antiquities trade was a significant component of Abu Sayyaf’s responsibilities.

This photo of an artifact was found among his electronic media.

The artifact is a carved head of a minor protective deity.

We believe that it was meant for sale given the documentary style of this photo and the fact that the piece is displayed intact.

Abu Sayyaf’s personal involvement in the antiquities trade is even clearer given the wide assortment of actual artifacts that were found in his physical possession and recovered during the raid.

The cache comprised an assortment of archaeological artifacts and fragments, historical objects, modern/contemporary items, and replica or faked antiquities.

The U.S. Embassy in Baghdad turned over all objects and fragments to officials at the Iraq National Museum on July 15.

Efforts are currently underway to determine the likely provenance of each object.

Between October 2014 and April of this year, Abu Sayyaf signed eight “Antiquities Division” memoranda, including the one you see on this slide.

They authorize certain individuals to excavate and supervise the excavation of artifacts in ISIL-controlled territory, and in some cases to detain anyone searching for artifacts without the prior approval of the Diwan of Natural Resources.

Documents uncovered from the Abu Sayyaf raid confirm that ISIL is collecting a 20 percent “khums tax” on the proceeds of looting, which the group has enforced across the territory it controls.

The khums tax is a tax on Muslims’ earnings from war booty.

One book contained a collection of eleven receipts for the sale of antiquities between December 6, 2014 and March 26, 2015. The receipts are signed by either Abu Sayyaf or other officials in the Antiquities Division.

Receipts for more than $265,000 in khums tax suggest total sales transactions worth more than $1.25 million.

Remember that this is just one snapshot of ISIL’s gains from antiquities trafficking during just a few month time period.

It bans ISIL members from excavating archaeological sites unless they have received a stamped permit from the Antiquities Division.

It bans ISIL members who are not part of the antiquities division from giving a looting permit to anyone from the public.

It annuls any previous assignment or permit whoever the issuing authority might be and directs holders of such permits to report to the Antiquities Division.

And, it ends ominously, warning that anyone proven to be in violation of this order, since its issuing date, is considered disobedient to this order and is subject to penalty in accordance with Sharia law.

We Must Address Demand

We are convinced, based on the evidence from the Abu Sayyaf raid that ISIL is engaged in the systematic looting and trafficking of antiquities, and that it derives significant income from these activities.

We need to stop them, both to protect our common heritage and to deprive them of funds that fuel their reign of terror.

Given that they control thousands of archaeological sites, limiting the supply of antiquities to the marketplace will be difficult.

We must focus and work together to eliminate the demand.

We must especially target those who claim to be ignorant of ISIL’s involvement in the antiquities trade. They are helping support an organization that commits some of the most heinous crimes imaginable.

This cannot be a government effort alone: Everyone has a role to play – government, the private sector, museums, auction houses, and collectors. Together, we can and will make a difference.

I look forward to working with you going forward. 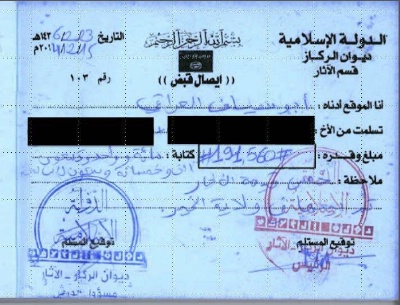 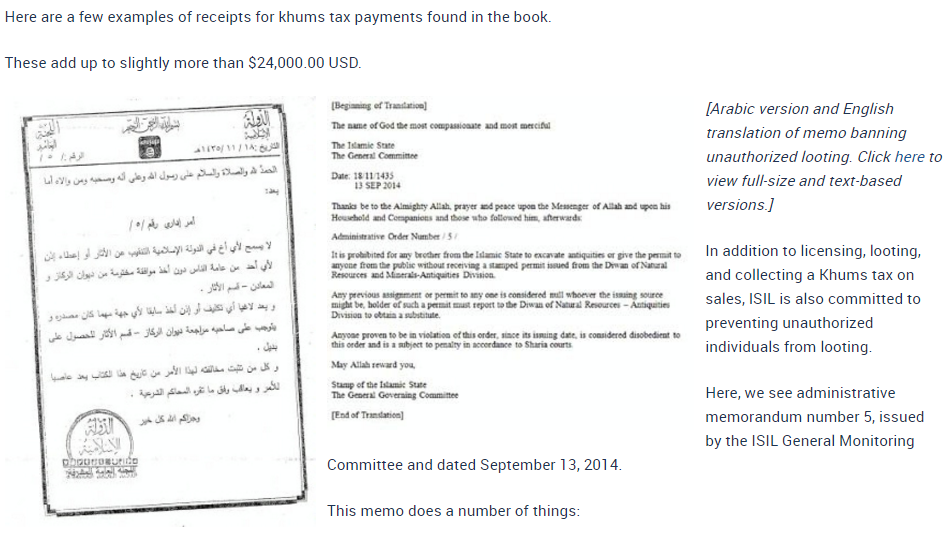