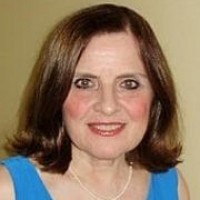 Antiquities and ISIS: Something Doesn’t Add UpI care deeply about cultural heritage, and have spent much time over the last year agonizing about the destruction caused by ISIS in the Middle East. The last thing I want is for ISIS to make money on stolen antiquities or, worse in my opinion (though not of others), blow them up completely. The ultimate goals of these despicable fanatics, who want to destroy everything that does not reflect their ideology (scene of Palmyra, below), are one reason I visited Jordan this fall. Jordan, which has Petra and much else to see, may not be in danger now, but it will be unless ISIS is stopped.

So I read every word of the article in Sunday’s New York Times,  ‘Broken System’ Allows ISIS to Profit From Looted Antiquities, hoping for some new information that I might follow. Let me add here that I have very high regard for the reporting skills of the two people who wrote the piece, Steven Lee Myers and Nicholas Kulish. Another friend whom I respect, Margaret Brennan of CBS News, reported last fall that the State Department had records of black market transactions that were critical in funding ISIS.

But some things just don’t add up. I think too many of the sources contacted by journalists may be peddling opinion here, not fact.

I did a lot of reading and reporting on this subject last year in preparation for a presentation on the destruction of cultural heritage at the Kent Presents ideas festival. And believe me, I looked for something new to say, something with real substance, something to write about.

Afterwards, in the fall, I attended forums on the subject, with all kinds of experts–from museums, from the diplomatic ranks, from criminal investigation offices, from prosecutors’ offices, from the trade, from collectors, from academic archaeology departments, and so on. I talked with many of them, too–before or after.

What I discovered, for one thing, is that actual examples of ISIS-looted antiquities on the market are slim to none. True, it may be that objects looted now are being kept in warehouses, for later sale–but that doesn’t finance ISIS now. Also true. the goods may not be coming into the U.S. market. The antiquities dealers I spoke with said they had not seen anything on these shores from looted areas since ISIS began its jihad.

But, you say, of course they wouldn’t say so. That’s partly true–it’s not in their interest to admit it. But it’s not in their interest to see the trade shut down entirely either–and that is what may well happen if stolen goods are discovered here. What most experts say, and what today’s Timesarticle also says, is that people are peddling fakes said to be from the ISIS-damaged sites–probably to gullible collectors who think they are getting a bargain. Is ISIS producing these fake goods? Hard to say.

It may also be true that the loot may all be going into other Middle Eastern countries, or Russia, as many have speculated. In which case, it’s a problem our museums, our dealers, our collectors, our prosecutors can’t do much about. Our investigators may be able to help there, though, and I say go to it.

Here too there’s a problem, though. Many sources, many articles seem to me to be exaggerating the stakes in trade. The Times piece says, in part:

Boldface mine. Other articles, and sources, have also thrown around the b-word. But I cannot fathom where that number comes from. Contemporary art may sell billions a year (lately), but antiquities? No.

In 2015, Christie’s and Sotheby’s combined sales for antiquities (April, June and December sales) totaled less than $25 million. In 2014, the total was jut over $25 million. Add in other auction houses. Add in private dealers, whose books we never see. It is really hard to get to “billions” a year in this category. So what is the source of that number? Is it an exaggeration on purpose or from ignorance? If it’s real, I’d like to know how it was derived.

Clearly something is going on–I’m not suggesting that there’s no trade in illicit antiquities. It has happened in the past, and it’s likely happening now. Furthermore, satellite photos show destruction in ISIS-occupied territory, unquestionably. How much of that has been saved and designated for resale now on the world’s markets remains a mystery. To me, at least.

I would hope we are putting our resources where it can do the most good to save cultural heritage, rather than wasting them chasing a mirage.