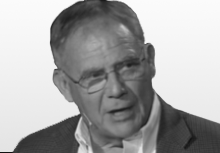 The Cipher Brief: How much of ISIS’s budget comes from selling antiquities on the black market?

Russell Howard: The ongoing chaos of war and the clandestine nature of the illicit antiquities trade make it impossible to calculate the amount ISIS has earned from pillaging cultural heritage. There is a great deal of speculation about the income ISIS has brought in from antiquities trafficking, but whereas terrorists are happy to pontificate on their goals and aspirations, they are not so forthcoming about their finances. Therefore, estimates run the gamut from a superficial amount to billions of dollars.

Despite the speculation, ISIS clearly profits off of antiquities trafficking. In May 2015, a Special Operations Forces (SOF) raid in eastern Syria demonstrated that, in addition to its dramatic demolition of cultural heritage sites and artifacts for ideological and propagandistic purposes, ISIS is very active in the illicit antiquities trade.  Abu Sayyaf, a top ISIS finance official, was killed in the raid of his compound, and more than 500 valuable antiquities were discovered in his possession.

Declassified evidence seized in the raid, coupled with ISIS documents leaked to journalists, indicate that the organization has integrated antiquities trafficking into its diverse financial portfolio and growing bureaucracy. A limited sample of seized tax receipts from Sayyaf’s compound indicate ISIS generated $265 thousand in 20 percent “khums tax” revenue (an Islamic war booty tax) from eleven transactions between December 6, 2014 and March 26, 2015. Overall, the U.S. government “assesses that [ISIS] has probably earned several million dollars from antiquities sales since mid-2014, but the precise amount is unknown.”

TCB: How does ISIS acquire its antiquities?

RH: ISIS now controls and taxes pre-existing antiquities trafficking activity inside its territory. In keeping with its main method of financing, taxation appears to be the primary method that ISIS uses to exploit cultural heritage, rather than the direct looting and sale of artifacts. The seized documents from the May 2015 SOF raid prove that ISIS has systematic measures in place to control and profit off of all antiquities activity in its territory through issuing excavation licenses, in addition to the imposition of a 20 percent khums tax on all final sales. ISIS can strictly enforce these measures with Sharia law penalties for anyone excavating or selling antiquities without the proper licensing or paying taxes.

Some experts even suggest that ISIS directly steals artifacts from museums and oversees the plunder of artifacts from the ground prior to selling them to professional traffickers. This argument supports the notion that ISIS is shifting toward the institutionalization and direct control of the antiquities trade because of the large profits at stake.

Since the U.S.-led coalition began attacking oil facilities under ISIS control in 2014, ISIS has increased its involvement in antiquities trafficking to make up for the loss of oil revenues. For instance, the ISIS Diwan al-Rikaz (Department of Precious Resources) oversees all antiquities looting and trafficking activities in both its “Western” and “Eastern governorates” by directing the “research and investigation of known sites;” “exploration and identification of (new) sites;” “excavation” of sites; and the “marketing” of looted artifacts.  The need for such a department indicates that the income derived from this source is significant and suggests that the group is involved in all phases of the looting and trafficking of artifacts. Evidence is also beginning to emerge that the ISIS province in Libya is also using antiquities as a source of income.

TCB: What factors contribute to ISIS deciding whether to sell or destroy artifacts?

RH: There is no clear overarching policy on either the trafficking or destruction of antiquities, but it appears ISIS destroys larger, more ostensible artifacts for ideological purposes and propaganda value, while selling the smaller items that are easier to smuggle. Other hypotheses include the suggestion that ISIS destroys statues or items they judge to be idolatrous, while selling less offensive items. Often, the decision to destroy or to sell depends on the local emir.

TCB: Who are the primary buyers of ISIS’s antiquities?

RH: The most frequent buyers are professional traffickers and organized criminal groups, who buy artifacts from ISIS directly or from properly licensed affiliates in ISIS territory before smuggling them to brokers and buyers in the Arab Gulf States, Asia, Russia, Europe, and the U.S. Usually there is a series of transactions between different antiquities dealers and traffickers trading in these illicit antiquities, with each one buying and selling artifacts for higher values before they reach the hands of the collector through private, black market sales. From there, goods could eventually be laundered into the legitimate market at the hands of patient collectors and sellers over the long term, or repeatedly sold in private contractual sales over many years to obfuscate their origins so that one day, such items could be sold for high values on the legitimate market. However, with increased attention being paid to ISIS’s antiquities trafficking, many valuable Syrian and Iraqi goods will be sold in the black market for many years to avoid suspicion and increased due diligence.

The ultimate buyers of these goods are likely wealthy collectors interested in Near Eastern artifacts, who do not care about the illicit provenance of items or that they finance terrorism.  Some reports suggest that Western buyers from Europe and the U.S. are coming to transit countries, such as Lebanon, Turkey, and even Jordan, to buy artifacts coming from ISIS territory.

TCB: What trafficking routes does ISIS utilize to smuggle antiquities and weapons out of Syria and Iraq?

RH: Antiquities trafficking is nothing new in the Middle East, and ISIS uses long-established trafficking routes. From both Iraq and Syria, artifacts are ending up in the border towns of southern Turkey. It is possible that many small artifacts are making it into Turkey along the refugee routes, with smugglers either blending in with refugees or using refugees as mules to smuggle small artifacts to dealers on the other side of the border. Larger artifacts require more creative and traditional smuggling methods in vehicles, and therefore, have a much larger profile.

Syrian artifacts are also reaching Lebanon in large quantities. The Bekka Valley is a long standing smuggling route for many illicit goods, including antiquities from Syria. Recently, it was reported from Lebanon that meat trucks from Syria were secretly carrying artifacts to stores in Lebanon acting as fronts on behalf of ISIS. A southern route through the desert into Jordan has also been hypothesized.

From Iraq, traffickers are thought to acquire valuable artifacts from dealers or from ISIS affiliates. Artifacts are similarly smuggled along well established routes into neighboring countries, such as Jordan, Turkey, and even Iran. The May 2015 SOF raid found many Iraqi artifacts in Abu Sayyaf’s eastern Syrian compound, so it is also possible that Iraqi goods could be passed along with Syrian goods into Lebanon and Turkey. From there, transnational antiquities traffickers purchase valuable artifacts in these transit countries and smuggle them through transshipment points such as Greece, Bulgaria, and Italy. The goods eventually reach destination markets in such cities as London and New York. Alternate routes pass through Dubai, a key transshipment point for all types of illicit Middle Eastern antiquities, or other Gulf countries to markets in the West and East Asia, among other places.

TCB: How can the U.S. better work to clamp down on ISIS’s trading on the black market?

RH: The U.S. must integrate an anti-antiquities trafficking strategy into its overall strategy to defeat ISIS. Since the antiquities originate from ISIS controlled territory, eliminating ISIS control of territory will contribute to solving the black market antiquities issue, just as it will help defeat the terrorist organization. But since so many antiquities have already made it into the black market, this is now a long-term problem that may extend beyond ISIS’s lifespan. Therefore, the strategy cannot only focus on the supply side but must also focus on the demand side as well.

With regard to the supply and demand of the illicit antiquities trade, it is the laundering of an artifact and its integration into the legitimate market that would typically offer the best opportunity to curb the trade in looted antiquities through enhanced due diligence on artifact provenance. However, as noted above, most ISIS-linked artifacts will be sold in the black market to avoid suspicion. Therefore, intelligence and law enforcement will need to incorporate countering the illicit trade in cultural property into their existing counter threat financing regimes that are already targeting ISIS. This will mean that organized criminal groups and traffickers will need to be in the crosshairs of coalition efforts against ISIS, given the nexus between traffickers and terrorists.

Ideally, the U.S. would use SOF operations and other military options to target the first and second stages of the illicit supply chain—the looting and initial trafficking—to curb the flow of stolen antiquities out of the source countries. However, the U.S. and the greater international community will not be able to halt the trafficking of illicit antiquities without a much larger, legitimate, and effective law enforcement presence in these war-torn countries.

Unfortunately, as of this writing, the struggle to stabilize the chaos in Iraq and Syria continues, with no apparent end in sight, which makes such an ideal approach simply unviable, beyond the effective but limited SOF operations that have used kinetic force to eliminate key ISIS financiers like Abu Sayyaf. These operations certainly have likely degraded ISIS revenue streams, but they will not resolve the phenomenon that has its roots in the much larger illicit industry devoted to looting and trafficking in the region.

To deal with this persistent illicit trade, the U.S. and international community will instead need to target the two-faced “Janus figures”—the internationally connected antiquities dealers, brokers, and middlemen who are the links “between the licit and illicit trade”—as well as the supply and demand. Increased coordination between international law enforcement agencies and customs offices will be critical to clamping down on the complicit parties facilitating the supply that feeds the demand.

To curb demand, endemic willful blindness must no longer be tolerated in the acquisition of suspect artifacts by dealers, museums, auction houses, and private buyers. Halting this can only be achieved through a public-private initiative involving governments, museums, collectors, archaeologists, cultural heritage scholars, and any other parties that deal with antiquities. If an individual or entity is found to have procured an illicit artifact without taking proper measures to ensure that it was acquired legally, they should be fined accordingly.

This policy would be akin to the penalties banks are subject to for violating sanctions or money laundering. Buyers of antiquities who do not take measures to ensure that they are acquiring legal artifacts with authentic provenance are almost assuredly facilitating criminal activity, which may even include funding terrorism. If there is sufficient evidence that the purchase of an artifact funded terrorism or a violent organized crime group, the penalty should include the possibility of criminal charges.

Finally, as comprehensive solutions are discussed in the effort to resolve this global problem, there is little doubt that American SOF will be increasingly relied on to conduct dangerous missions against terrorist organizations and organized criminal groups that exploit cultural heritage throughout the world. The SOF should enhance existing efforts to prevent ISIS and similar groups from filling their coffers by looting the history of the areas that they operate in and from spreading their intolerant ideology by annihilating valuable cultural heritage. SOF should also consider new ways to become more active in protecting cultural heritage worldwide to complement the broader mission goals in countering the physical and informational support for terrorist and insurgent groups.

Marc Elliott and Jonathan Prohov are graduate research assistants at the Monterey Terrorism Research and Education Program (MonTREP) Antiquities Project team who contributed to these responses. The MonTREP research team is generously supported by the Bradley Foundation.