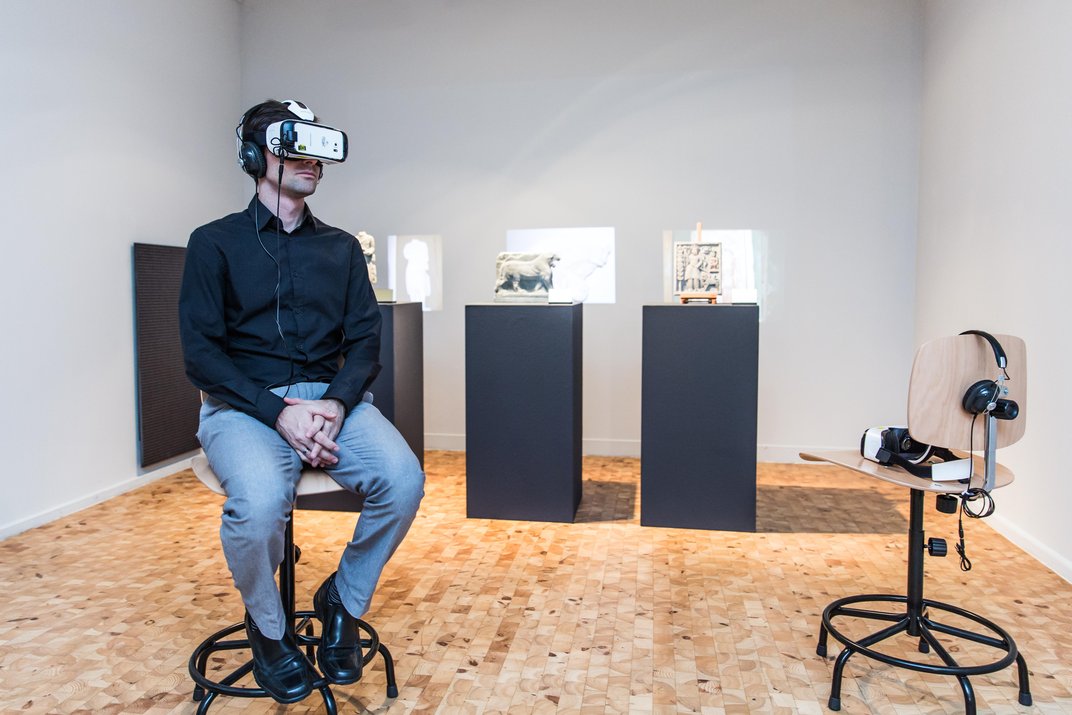 After terrorists released a video last winter showing themselves smashing artifacts at Iraq’s Mosul Museum, Matthew Vincent and Chance Coughenour decided to do what they could. So the two archaeology graduate students launched Project Mosul, a website that solicits photographs of antiquities and uses 3-D modeling software to create a virtual record of what was lost in the attack.

They’re among a growing number of digitally savvy academics, artists and preservationists worldwide who are turning to computer imaging in response to the terrorists’ campaign to obliterate history. One Iranian-born artist, Morehshin Allahyari, who now lives in San Francisco, has 3-D-printed miniature, translucent versions of destroyed artworks from the ancient cities of Nineveh and Hatra, and has embedded a flash drive containing images, video and text about the work in each replica. Her work was most recently displayed at the Anya and Andrew Shiva Gallery in Manhattan, in an exhibition called “The Missing: Rebuilding the Past,” featuring eight artists’ responses to acts of historical destruction. Next month, the Institute for Digital Archaeology, a project from Harvard, Oxford and the Museum of the Future in Dubai, plans to fabricate full-scale copies of the arch at Palmyra’s Temple of Bel and place the 3-D-printed structures in Trafalgar Square and Times Square during Unesco’s Heritage Week.

Project Mosul harnesses the power of the crowd. So far, some 2,600 images have been uploaded to the website, and volunteers have logged more than 100,000 work sessions matching photographs to lost objects and running them through modeling software to create digital reconstructions. Thirty-six of them have now been completed, and the group hopes to release a mobile app within months that will take users to the Mosul Museum in 3-D, using inexpensive virtual reality goggles that work with a smartphone. (The project has also expanded to include antiquities destroyed at other places, such as the ancient cities of Hatra and Nimrud.) “If the object is in fact destroyed, this is not a replacement,” says Coughenour, a doctoral student at the University of Stuttgart (his collaborator, Vincent, studies at the University of Murcia in Spain). “The original is still the original, and that can’t be debated. We’re not trying to reproduce the museum. We’re trying to give it a fresh start.”

Another online community is #NEWPALMYRA, whose founder, a Syrian software developer named Bassel Khartabil, began photographing the ruins of the city in 2005 to capture its topography for computer renderings that portrayed it as it might have looked millennia ago. The group became an e-hub for the exploration of ancient Palmyran culture, with original writings, art shows, music and live workshops. An outspoken advocate for the free flow of information, Khartabil was arrested by the Syrian regime in 2012, and his current whereabouts are unknown. In his absence, #NEWPALMYRA has continued to build and refine its computer images and has begun to release 3-D printing specifications for models of wrecked monuments. This project, says the group’s interim director, Barry Threw, is “about getting people involved to contribute things creatively. And I think it’s more about the involvement and the actual creative act itself than it is necessarily about what the end products are.”

Others are aiming to get out in front of the wanton destruction. CyArk, a nonprofit group based in California well-known for its 3-D modeling of expansive historical sites around the world, launched Project Anqa, named for the Arabic word for Phoenix. For the first phase of the project, done with the International Council on Monuments and Sites, 3-D laser scanners will be given to professionals near a dozen undisclosed sites in Iraq and Syria that are at high risk of being demolished. The resulting detailed maps and “models” of the sites will do more than enable viewers to view significant monuments; they will help specialists prepare the sites in case of attack and may also help officials identify artifacts subsequently looted and sold in the illegal art market.

Beyond that, says CyArk’s Elizabeth Lee, the data-rich images might guide experts in future restoration efforts.