The J. Paul Getty Trust will invest $100 million in the conservation of antiquities from ancient societies across the world, citing threats such as sectarian violence and climate change, officials of the Los Angeles-based organization said Tuesday.

The trust, which operates the Getty Museum, has long focused on Greek and Roman antiquities. This new program, however, is designed to expand the conservation efforts it underwrites to countries where they have not worked before, including Southeast Asia and Central and South America.

“These are things that have survived over the course of millenniums,” said James Cuno, the president of the Getty Trust, “There’s a sense of threat to the integrity of the ancient world, and it’s occurring on our watch.”

Many of the projects already slated to receive money focus on training local conservators and archaeologists in other countries rather than deploying a Getty specialist to do preservation work.

In Erbil, the capital of Iraq’s Kurdish region, for example, the Getty says it will fund a training program for 12 Iraqi specialists, teaching them emergency conservation skills and strategies for preserving damaged cultural relics.

“The Getty can’t go in ourselves and do the conservation without building partnerships,” Mr. Cuno said in an interview. “The task is to work with local authorities to face the conservation of their cultural heritage.”

The initiative does not directly address criticism that, in the past, the Getty and other Western museums have been quick to rescue relics from unstable or developing countries and appropriate them into their collections. But it clearly demonstrates the Getty’s interest in cultivating resources that will allow treasures of cultural heritage to be preserved in their countries of origin.

Mr. Cuno said the new initiative was not related to any criticism but founded in the simple fact that training people on the ground is more fruitful than limited intervention.

“That’s where the investment of resources can have a longer life than just coming in and addressing one part of the problem,” Mr. Cuno said.

Mr. Cuno, who formerly ran the Art Institute of Chicago, has been a major voice in the charged debate over the repatriation of antiquities. He has argued that important antiquities, rather than be returned, should stay in countries that have the resources to keep them safe — a stance that has been criticized by some as paternalistic.

The debate over repatriation was revived four years ago when Islamic militants made a show of destroying centuries-old relics in places like the Mosul Museum in Iraq. In that moment, Mr. Cuno said, he was struck that “all we were doing was wringing our hands and expressing outrage.”

It seemed to him like the right time to put a significant chunk of Getty’s resources toward a solution that would involve enhancing the abilities of local conservation efforts in the endangered areas.

Some of the money will also be spent in areas outside conflict zones, such as an archaeological site in Cyprus, in the Mediterranean region where the institution has done much of its work since its founding in 1982. (The Getty Villa in Los Angeles, designed to resemble an ancient Roman villa, houses the institution’s ancient Greek and Roman art.)

The site in Paphos, a city on the country’s southwestern coast, draws hundreds of thousands of tourists each year to its ancient mosaic pavements. Materials found at the site date back to Hellenistic, Roman, early Christian and Byzantine periods.

The mosaics and other relics at the site, many of which were discovered by a farmer in the 1960s, are currently under threat from a variety of factors, including exposure to the elements, overdevelopment in the city and an oversaturated tourism industry, said Jeanne Marie Teutonico, the associate director of programs of the Getty Conservation Institute. Working with Cyprus’s Department of Antiquities, the Getty will devise a strategy for preserving the mosaics through a possible combination of archaeological shelters and reburial to avoid damage from the sun, sea and air.

“If you leave them exposed without a shelter you need continued maintenance,” Ms. Teutonico said. “We’re seeing more thunderstorms, heavier rain, warmer temperatures. All of that accelerates deterioration.”

Other projects to receive Getty funding include a training program on conserving earthen architecture in Abu Dhabi and an initiative to digitally preserve two decades worth of data from an excavation site in central Turkey.

Michael McCormick chairs the Science of the Human Past, a network of Harvard researchers investigating world history with new scientific and archaeological approaches. The Getty’s program is now possible, he said, thanks to an influx of new technologies, including more sophisticated approaches to genetic testing and material science. And it seems to embrace a global understanding of the ancient civilizations, whereas previous conceptions have revolved around Greece and Rome, without connecting them to their broader context.

“There is an expanding understanding of the ancient world,” he said, “through the growing awareness that we are a species of migrants who have been on the move since our earliest days.”

More on antiquities
Italy Still Wants the Getty Bronze, and Perhaps More
May 24, 2019 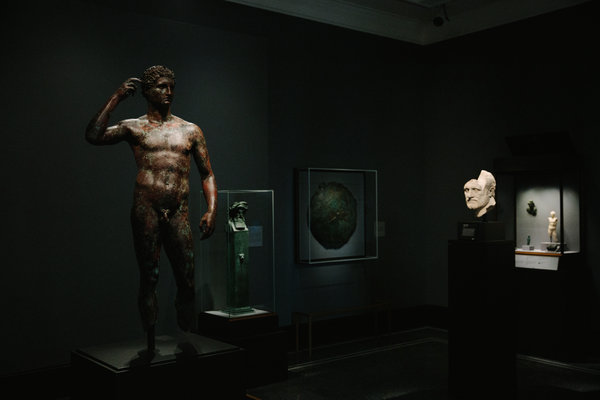 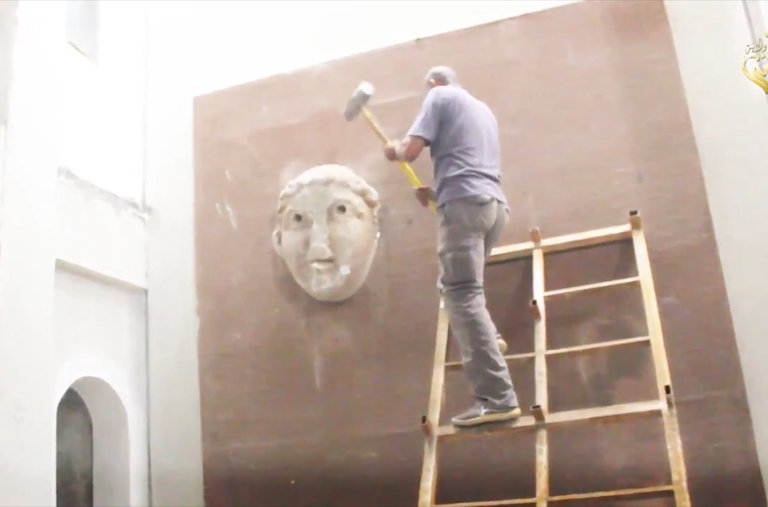