Within five years, 15 million people – 80% of the population – were wiped out in an epidemic named ‘cocoliztli’, meaning pestilence

In 1545 disaster struck Mexico’s Aztec nation when people started coming down with high fevers, headaches and bleeding from the eyes, mouth and nose. Death generally followed in three or four days.

Within five years as many as 15 million people – an estimated 80% of the population – were wiped out in an epidemic the locals named “cocoliztli”. The word means pestilence in the Aztec Nahuatl language. Its cause, however, has been questioned for nearly 500 years. 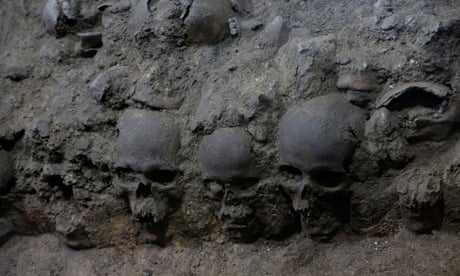 On Monday scientists swept aside smallpox, measles, mumps, and influenza as likely suspects, identifying a typhoid-like “enteric fever” for which they found DNA evidence on the teeth of long-dead victims.

“The 1545-50 cocoliztli was one of many epidemics to affect Mexico after the arrival of Europeans, but was specifically the second of three epidemics that were most devastating and led to the largest number of human losses,” said Åshild Vågene of the University of Tuebingen in Germany.

“The cause of this epidemic has been debated for over a century by historians and now we are able to provide direct evidence through the use of ancient DNA to contribute to a longstanding historical question.”

Vagene co-authored a study published in the science journal Nature Ecology and Evolution.

The outbreak is considered one of the deadliest epidemics in human history, approaching the Black Death bubonic plague that killed 25 million people in western Europe in the 14th century – about half the regional population. 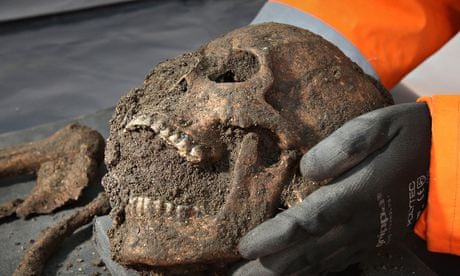 European colonisers spread disease as they ventured into the new world, bringing germs local populations had never encountered and lacked immunity against.

The 1545 cocoliztli pestilence in what is today Mexico and part of Guatemala came just two decades after a smallpox epidemic killed an estimated 5-8 million people in the immediate wake of the Spanish arrival.

A second outbreak from 1576 to 1578 killed half the remaining population.

“In the cities and large towns, big ditches were dug, and from morning to sunset the priests did nothing else but carry the dead bodies and throw them into the ditches,” is how Franciscan historian Fray Juan de Torquemada is cited as chronicling the period.

Even at the time, physicians said the symptoms did not match those of better-known diseases such as measles and malaria. 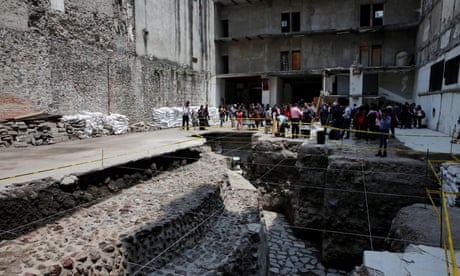 Scientists now say they have probably unmasked the culprit. Analysing DNA extracted from 29 skeletons buried in a cocoliztli cemetery, they found traces of the salmonella enterica bacterium, of the Paratyphi C variety.

It is known to cause enteric fever, of which typhoid is an example. The Mexican subtype rarely causes human infection today.

Many salmonella strains spread via infected food or water, and may have travelled to Mexico with domesticated animals brought by the Spanish, the research team said.

Salmonella enterica is known to have been present in Europe in the middle ages.

“We tested for all bacterial pathogens and DNA viruses for which genomic data is available,” and salmonella enterica was the only germ detected, said co-author Alexander Herbig, also from Tuebingen University.

It is possible, however, that some pathogens were either undetectable or completely unknown.“We cannot say with certainty that S enterica was the cause of the cocoliztli epidemic,” said team member Kirsten Bos. “We do believe that it should be considered a strong candidate.”

• This article was amended on 16 January 2018 to correct the spelling of Åshild Vågene’s name from Ashild Vagene.