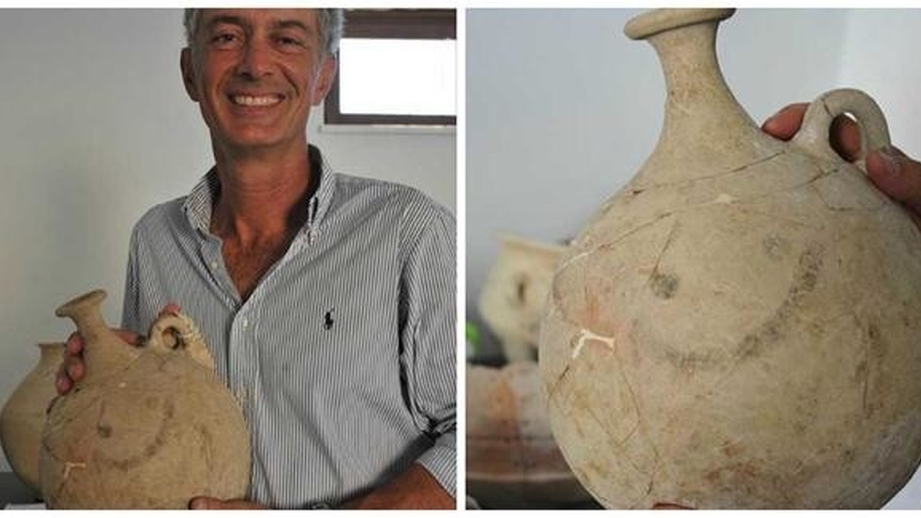 After seven years of excavations in dangerous conditions near Turkey’s border with Syria,

a team of archaeologists discovered an unexpected find — a 4,000-year-old pot decorated

The team, led by Nicolo Marchetti, an archeology professor at the University of Bologna in Italy,

“We have found a variety of cubes and urns. The most interesting of them is a pot dating back to

The smiley face was found by restorers, who reassembled the white, large-bellied pot with a small handle.

“The pot was used for drinking sherbet [sweet drink]. Most probably, [this depicts]

the oldest smile of the world,” Marchetti said.

This is a Joint Turco-Italian Archaeological Expedition Nov. 2, 2011 file photo, of the South Gate of

The Hittites are recorded in the Book of Genesis as one of the 11 Canaanite nations.

For example, the Hittite Ephron sold Abraham the Cave of the Patriarchs in Hebron,

and in the Book of Judges, the one man who escaped the conquest of Bethel founded

the settlement of Luz in the Land of the Hittites.

The ‘smiley pot’ was discovered by a team led by Nicolo Marchetti, an archeology professor at the

University of Bologna, during excavations in Turkey’s Gaziantep province alongside the Syria border. (courtesy)

This archaeological site, Karkamış, was the location of the biblical Battle of Carchemish. Fought in circa 605 BCE between the joint forces of Egypt and Assyria against Babylonia and its allies Medes, Persia and Scythia, the battle is mentioned in Jeremiah 46:2.

While there is some debate over whether the Hittites in Anatolia are the same group described in the Bible, Karkamış, where the smiley pot was found, was definitely one of the key Hittite cities back in 2,000 BCE, according to Marchetti. 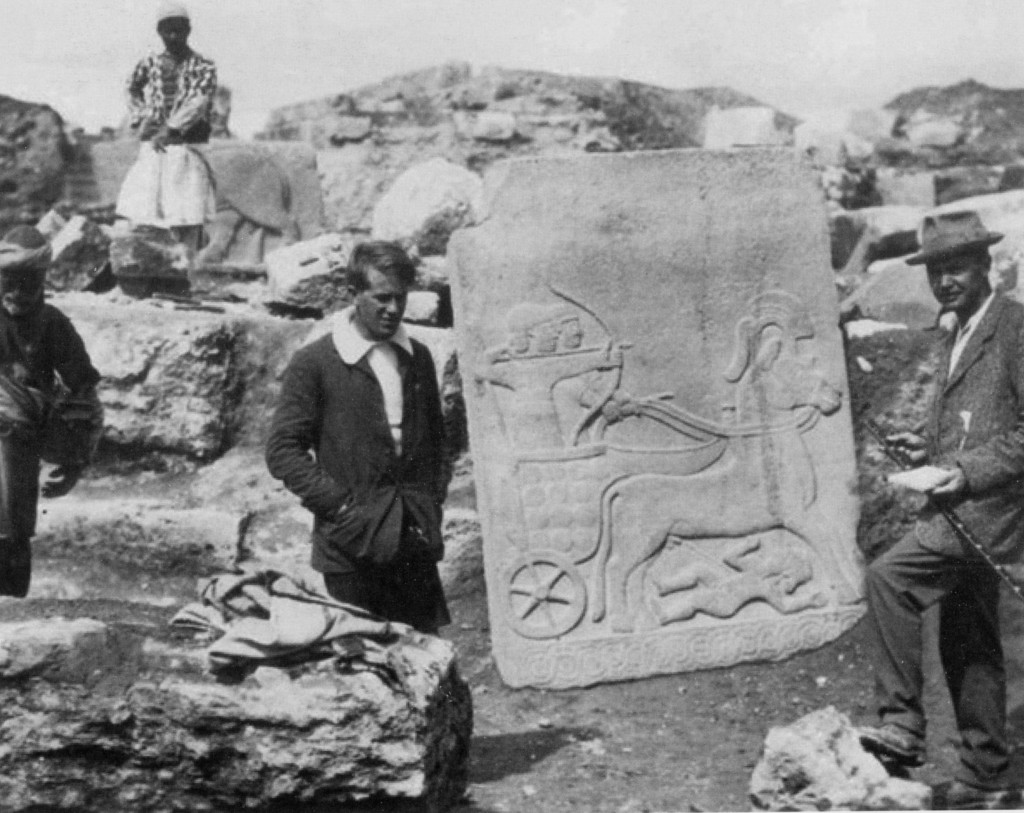 In this image made available by the Joint Turco-Italian Archaeological Expedition, a young

T.E. Lawrence , left, and C.L. Woolley pictured in front of the Long Wall of Sculpture at

Karkemish in Gaziantep province, Turkey, in 1913 (photo credit: AP Photo/Courtesy of the

Trustees of the Liddell Hart Centre for Military Archives, File)

Excavations at Karkamış have almost as rich a history as the site itself. Between between

1911 and 1914, Lawrence of Arabia dug there. This summer the Italian team finished exploring

the ruins of his house.

According to a 2012 Associated Press article, the team found old archaeological tools, statue

fragments and a Roman mosaic in the ruins of the excavated house.

Nicolo Marchetti, a professor of archaeology and art history of the Ancient Near East at the University of Bologna, describes engravings on a stone at a site outside Karkemish, Turkey, meters away from the Turkey-Syria border and the Syrian city of Jarablous, Saturday, Nov. 15, 2014. (AP Photo/Vadim Ghirda)

with the people who were here,” Marchetti told AP.

According to Turkish Culture and Tourism Minister Nabi Avcı, a Karkamış Ancient City Archaeological Park will open after excavations have concluded, in May 2018. In the meantime, the pot will be housed in the Gaziantep Museum of Archeology.

from two cremation burials in a pithos in the Outer Town of Karkemish (photo credit: AP Photo/Joint

According to Marchetti, the new park will include walking routes parallel to ancient roads, as well as

“Tourists will find the opportunity to visit the remnants of the ancient palace and temple, an old

And if that’s not enough, he added, “They will also enjoy a magnificent natural landscape by

the side of the Euphrates River.”